Originally published in the Daily News.

Questions are being raised about who will govern the northeast San Fernando Valley when Los Angeles City Councilman Felipe Fuentes leaves office next week.

The councilman is stepping down Sept. 11 to take a Sacramento-based lobbying job, a move that leaves the working-class district without elected representation. The other 14 council districts all have representatives, making this Valley district an anomaly.

Now, the city is considering putting a so-called “voting member” in charge of District 7, a proposal that’s sparking debate in Pacoima, Sylmar, Sunland-Tujunga, and other areas of the district.

Los Angeles City Council President Herb Wesson is deciding between two options: Seeking a voting member to represent the district or appointing a non-voting “caretaker” who would oversee the district, said Wesson’s spokeswoman Vanessa Rodriguez. A voting member essentially holds office and can vote alongside the 14 other city council members, while a caretaker has more diminished powers.

Wesson intends to “listen to the community,” Rodriguez said. “He wants to find the best approach and give the community what they want.”

Many in this pocket of the San Fernando Valley agree that Fuentes’ hasty departure is bad for the district, but locals differ on the best approach for representation. The election for the Council District 7 seat isn’t until next spring, meaning the district won’t get a new council member for up to 10 months.

Sylmar resident Jose G. Castillo said he’s worried if a voting member is appointed by Wesson, he or she will be swayed by other council members, and not act in the best interest of District 7’s constituents.

He also wonders if a voting member might influence the upcoming election.

Castillo is one of about two dozen locals seeking to run for the District 7 seat in the March 2017 primary race. Others running in the District 7 race include Los Angeles Unified School Board member Monica Ratliff and former Los Angeles Public Works Commissioner Monica Rodriguez.

“I want a neutral party,” said Castillo, who believes the city should stick with assigning a caretaker from the Chief Legislative Analyst’s office.

Historically, the city usually chooses that route when a council member leaves office, said Avak Keotahian, assistant Chief Legislative Analyst. Or a special election is called, a move not being considered for District 7 because of the upcoming 2017 election.

Keotahian is usually tasked with being a caretaker, a job he described as managerial. Twice, he served as caretaker of District 7 when both former district representatives Richard Alarcon and Alex Padilla, respectively, left the council to join the state legislature.

“You supervise the staff and make sure the constituents are taken care of,” Keotahian said of the job.

The district struggles to deal with quality of life issues, like illegal trash, and discarded bulky items, he said. If there’s no voting member overseeing District 7, the city’s Bureau of Sanitation may ignore calls, said Ramirez.

“Why would they go out of their way to answer a call in District 7 when there’s no one to hold them accountable?” Ramirez said. “A voting member is better.”

According to Keotahian’s understanding of the city’s laws, if a voting member is appointed, he or she would step down July 1, when the winner of the May election is sworn in. Or, the City Council could put that winner in the seat immediately following the May election, Keotahian said.

Nor is the outgoing councilman involved in the process of choosing his replacement, Fuentes spokeswoman Cheryl Getuiza said Friday.

“All decisions regarding the status of the office is in the hands of Council President Wesson,” Getuiza said in an email. 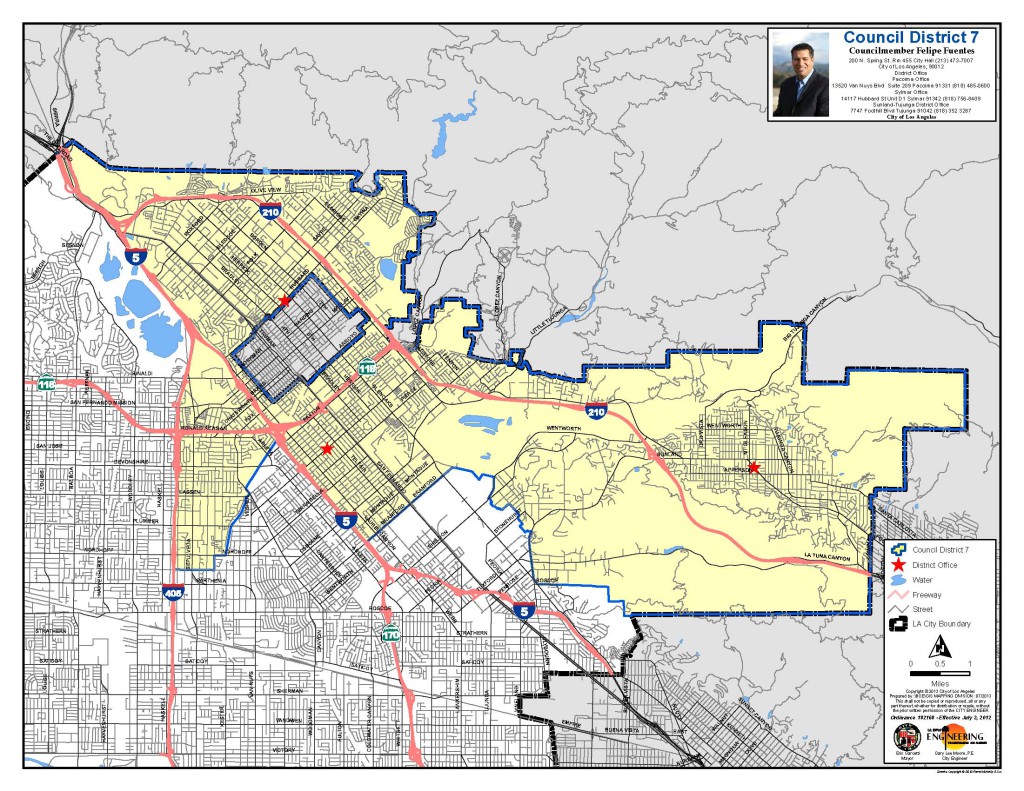