Keep your doors and windows secure! 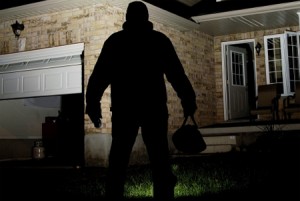 Another home burglary on San Jose St at Kester Ave about 3 hours ago. Everyone please make sure you make it extremely hard for anyone who may want to try and gain access to your home. Some of these burglars are just getting in from unlocked doors or windows. Some of these suspects are Latino teens on small black bikes, 3 males and 1 female, some are 3 black men apparently on foot, some are 2 Latino men in their mid 30’s. If you see anyone in your neighborhood that looks suspicious, they’re just lurking, get a description and if a vehicle is involved try to get a license plate # and call 911 and let them know where these suspects are and that you are an active member of Neighborhood Watch and the stations Patrol Captain said to call 911. The suspects from the San Jose/Kester, NW people seen them and called 911 and the officers currently have them in custody and questioning them on Germain at Lemona.

If everyone keeps their eyes and ears open and called the police every time you see someone suspicious and these suspects know others are watching we can take hold of our community in a positive way and be safe!!