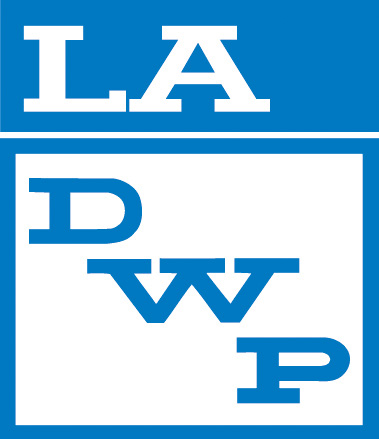 Since 2009, when Mandatory Water Conservation took effect, LADWP water customers have successfully reduced water consumption citywide by nearly 20%. Though overall water use continues to be significantly lower than it has in the past, water use in recent months has risen sharply since January. Year-to-year trends are more modest, but are still cause for concern with overall water use from July 2011 to March 2012, up nearly 3% when compared to the same period in the previous fiscal year. Single-family residential customers alone have demonstrated an increase in water use of more than 5% for the same period, while multi-family residential customers are up just over 1%.

LADWP urges all customers to keep saving water, and money, by continuing to abide by Mandatory Water Conservation measures put into effect in 2009.  Reducing water use is as simple as checking sprinkler timers, checking indoors for leaky faucets and toilets, and using a hose fitted with a shut-off nozzle when watering landscape or washing your car.

“In 2011, our customers reached a per capita water usage of 123 gallons daily – the lowest in Los Angeles in more than 40 years and the currently the lowest among any U.S. city with a population over one million,” said James McDaniel, Senior Assistant General Manager, LADWP Water System. “Still, even with this remarkable achievement, recently we’ve noticed water use on the rise and with temperatures climbing and summer coming, we’re asking our customers to once again take a look at their water use and see how they can use less.”

The recent uptick in water use this fiscal year is especially concerning following a dry winter and a below-normal snowpack this year. Dry years require increased purchases of expensive imported supplies from the Metropolitan Water District of Southern California to supplement Los Angeles’ water supply, resulting in higher costs for customers. LADWP customers can curb the impact of the dry winter by increasing water conservation efforts to reduce the city’s overall water demand and thereby reduce the amount of purchased water needed. Since LADWP customers pay only for water used, without any fixed water charges, any additional reduction in water use will result in direct savings on their water bills compared to what they would have paid without conservation.

In June 2009, the City of Los Angeles instituted Mandatory Water Conservation, which restricted outdoor watering and prohibited certain uses of water. The outdoor watering restrictions currently in effect allow customers to use sprinklers three days a week based on their street address. Customers whose address ends with an odd number – 1, 3, 5, 7 or 9 – are allowed to use sprinklers on Mondays, Wednesdays and Fridays. Customers whose addresses end in even numbers – 0, 2, 4, 6, or 8 – are allowed to use sprinklers on Tuesdays, Thursdays and Sundays. Watering with sprinklers is allowed before 9:00 a.m. and after 4:00 p.m. only, regardless of the watering day, for a maximum of eight minutes per station.

Mandatory Water Conservation also places restrictions on specific water uses, which also remain in effect. Restrictions include prohibiting customers from hosing down driveways and sidewalks, requiring all leaks to be fixed, and requiring customers to use hoses fitted with shut-off nozzles only, among other measures.

To assist customers in conserving water, LADWP offers numerous rebate programs and incentives for switching to water-efficient devices as well as tips for easy ways to reduce water use. Information on the water conservation rebates, as well comprehensive information on Mandatory Water Conservation, is available at www.ladwp.com or by calling 1-800-DIAL DWP.