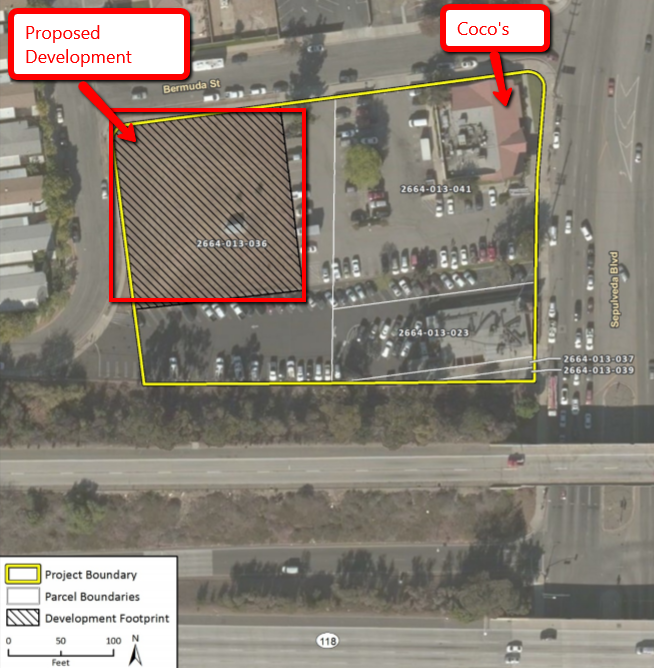 The Department of City Planning has issued its City Planning Proposed Mitigated Negative Declaration Report on Bermuda Apartments February 6, 2019. We will discuss the findings of this project at our next meeting on Monday, March 4, 7pm at the Mission Hills Community Police Station.

The project is proposed for a location behind the Bear Pit and Coco’s. It would include 52 apartments. The building would be four stories tall, with parking on the first level. Six percent of the units are planned for Very Low Income individuals and five percent for Extremely Low Income.

City Planning proposes that the mitigated negative declaration be adopted because the mitigation measures will sufficiently reduce any adverse effects.

We have heard concerns regarding this development and suggest that concerned stakeholders attend the public hearing scheduled for March 26, 10:30 am at the Marvin Braude Constituent Service Center, 6262 Van Nuys Blvd, Room 430. 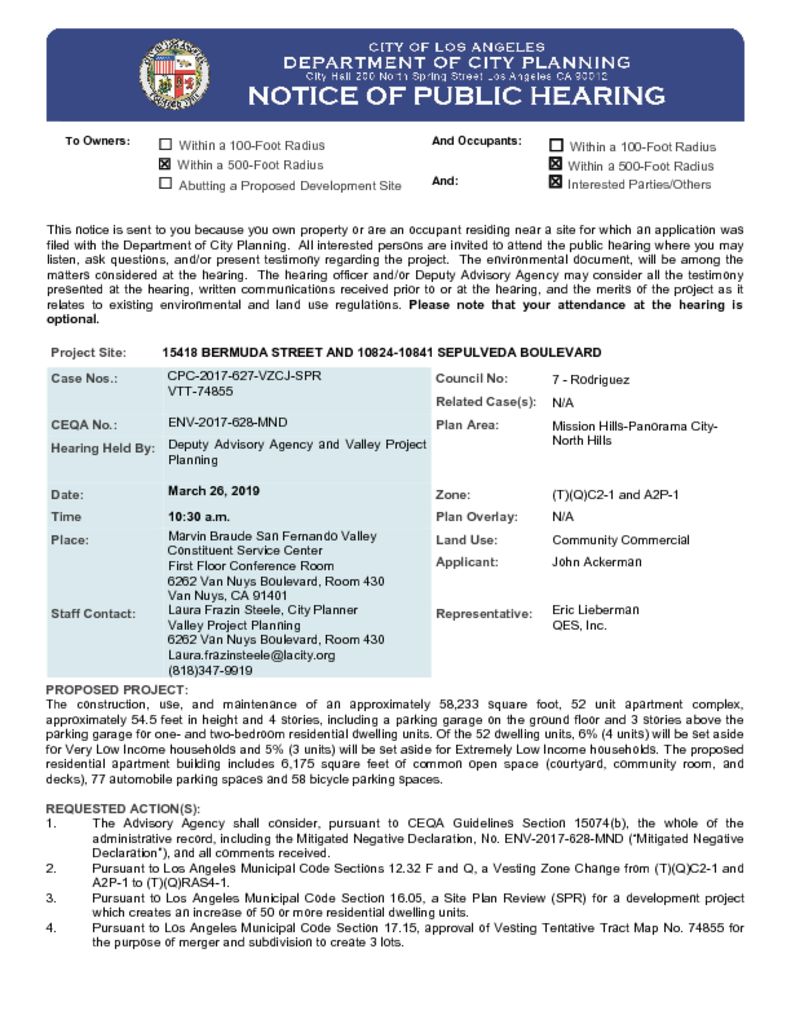